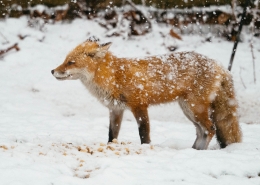 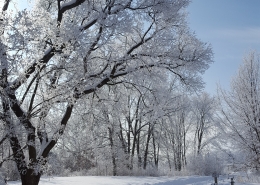 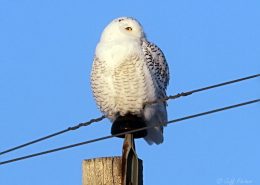 Daylight has become sparse while temperatures creep colder and colder. Staying inside has become more enjoyable than venturing outside. It seems as though the birds that flew south for the season or the squirrels who have prepared to stay dormant throughout the season are better planners than us humans. As other animals are already prepared to be inactive for the next few months, we may ask ourselves, “Why don’t humans hibernate?”

Omnivorous mammals native to a humid continental climate, like bears, will enter torpor, which is a state of decreased body temperature and reduced metabolism. This adaptation helps bears survive during the colder winter months when food is in short supply. Humans, however, are active year-round. Humans do not hibernate because our evolutionary ancestors arose in equatorial Africa, where it’s relatively warm and wouldn’t be as beneficial. Hibernation is a response to decreased temperatures and food supply. So, if there is no significant change in temperature and resource availability, there is no need to hibernate. Not only that, but we simply don’t have the right biology to survive the dramatic drop in body temperature that true hibernators experience.

Humans have only migrated to colder latitudes in the last hundred thousand years or so, which is not long enough to develop metabolic adaptations for hibernation. As a result, the human body has not evolved to perform well in colder conditions. Body temperatures below 37 degrees Fahrenheit tend to disrupt the human digestive tract and may cause pain. Cold temperatures can also suppress the immune system, making people more vulnerable to infections. Because of these physical limitations, humans are unable to enter a state of torpor as bears do. Instead of overcoming the cold weather with hibernation, humans adapted to cold weather by using tools such as fire, clothing, shelter, hunting, and agriculture. These resources allow humans to continue functioning even when the weather is harsh.

Although it is not possible for humans to hibernate right now, scientists are looking for a way to put humans in a type of hibernation, or stasis, for long periods of time. This research would be especially helpful for astronauts during deep space exploration, reducing the need for food and oxygen. However, scientists have yet to find an appropriate way to do this. Until then, we will just have to continue coping with winter the best we can.

The Science of Festive Fall Colors