It’s National Wildlife Week!
For many, the word “wildlife” springs to the mind something large and truly “wild”, that might be seen on the cover of a nature magazine: bears, elephants, pandas, tigers. These animals are all important parts of the ecosystems in which they are found. However, it can feel hard to connect with this concept of “wildlife”, because most of these animals aren’t in our own backyards.

It’s not really possible to isolate a part of an ecosystem that isn’t important. Every piece plays its part, filling a “niche”, doing a job that needs to be done. We can tell a system is healthy if all of the parts are working together. If something isn’t working right, something else gets thrown out of whack—for example, if predators aren’t present to eat prey, then the prey may actually experience food shortage, with population growing out of control. It’s a balancing act.

There are some animals we can pay special attention to, because they’re often the first impacted if something isn’t quite normal. Frogs, toads, and other amphibians are part of a group we call “bioindicators”. You may have also heard them called “indicator species”. Because of their unique bodies which allow them to breathe and drink through their skin, amphibians are especially sensitive to changes in their environment.
It is for this reason that amphibians are wildlife MVPs. If your amphibians are happy, it’s likely that the rest of the life found there is too. Toads and frogs eat insects, and are eaten by other animals like birds and snakes (occasionally even turtles!) 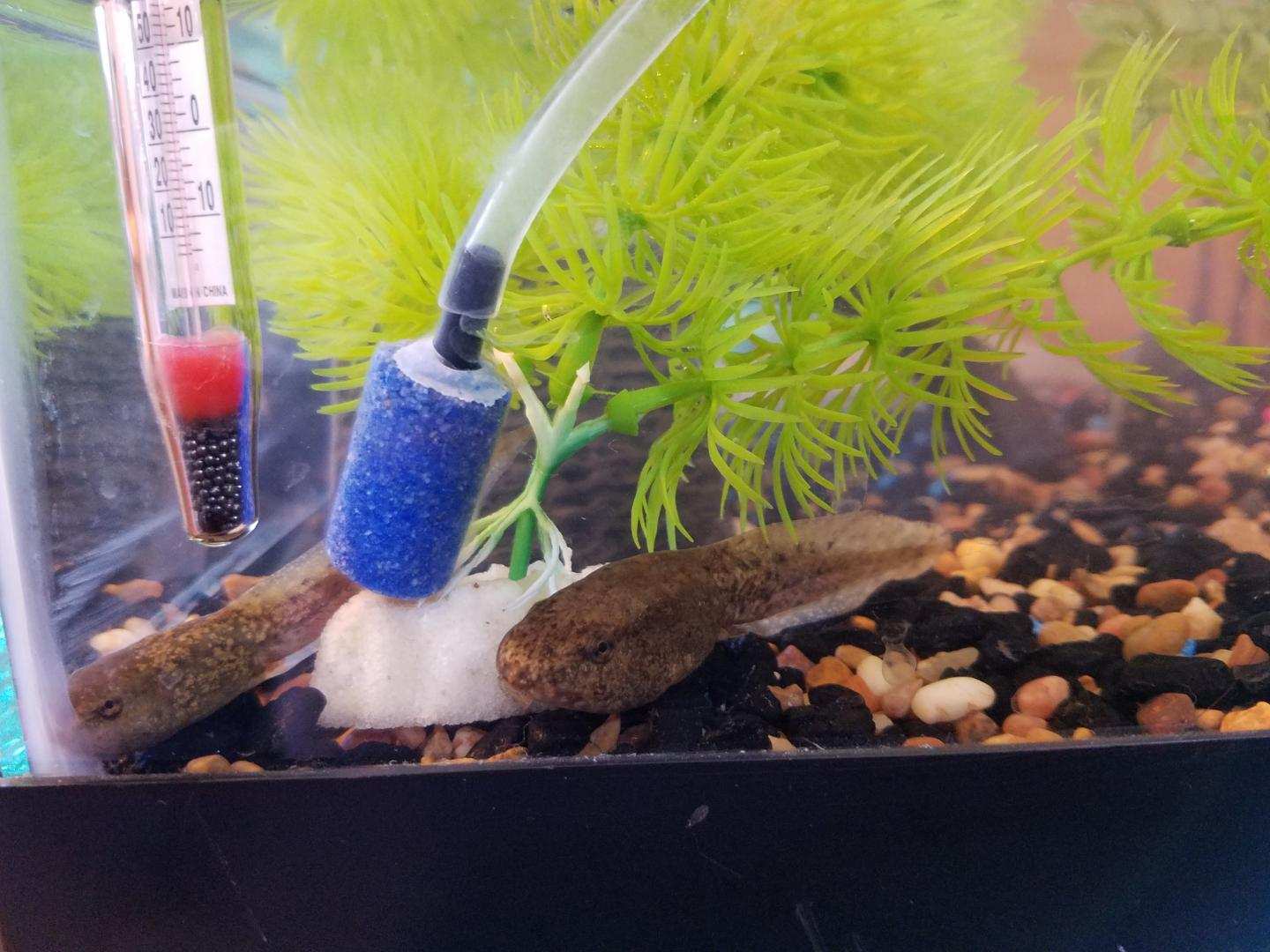 Tadpoles which overwintered in the CNC Wetland

We have several species of frogs and toads in the states of MN and WI. One especially fun thing about them is their wide array of sounds. You can actually take a quiz through USGS to test yourself on the different frog sounds found in your specific area.  Frogs at CNC have already begun calling—we’ve heard Chorus Frogs, Wood Frogs, Gray Tree Frogs, and will surely be hearing more throughout the summer. Keep an eye out for tadpoles, too! Even if frogs are just beginning to call for mates, many species found in the north will overwinter as tadpoles, and then complete their metamorphosis in the spring.

Make Your Own Toad Abode

Our accompanying craft for this week is something you can make with an old terracotta pot, or with recycled materials like milk jugs or plastic containers: a home for a toad. Toads are slightly different than frogs, as their bumpy skin allows them to live slightly further from water. They still require damp shady areas, and this is where your home garden can come in! To make a “Toad Abode”, follow the guidance below:

Introducing amphibians to your yard is a great way to reduce bugs. There’s even an interactive game from the Vancouver Aquarium about what would happen if we didn’t have frogs, accompanied by a very convincing ad campaign.

As a final note: be conscientious of dogs investigating toads. Toads have special organs called “paratoid glands” which release a toxin when the animal is agitated. Most times this isn’t a serious problem—you may have noticed your dog with a frothy mouth after biting down on a toad. There are however some species in more southern states that can do serious harm.