The autumnal equinox is still a few weeks away, but meteorological fall has already begun as of September 1st. One of the tell-tale signs of the season is the migration of animals fleeing an impending northern winter. CNC tends to pay special attention to the birds overhead, but this year we had an opportunity to examine some other, often overlooked migrants. The annual migration of insects encompasses trillions of butterflies, dragonflies, and beetles, dwarfing the “mere” millions of birds crisscrossing the planet annually. Though this is now understood to be one of the most important movements of animals on the planet, scientists didn’t even begin studying this phenomenon until about 100 years ago. Through improved technology and a more coordinated global effort, we’re learning more about the movements of insects than we ever have. 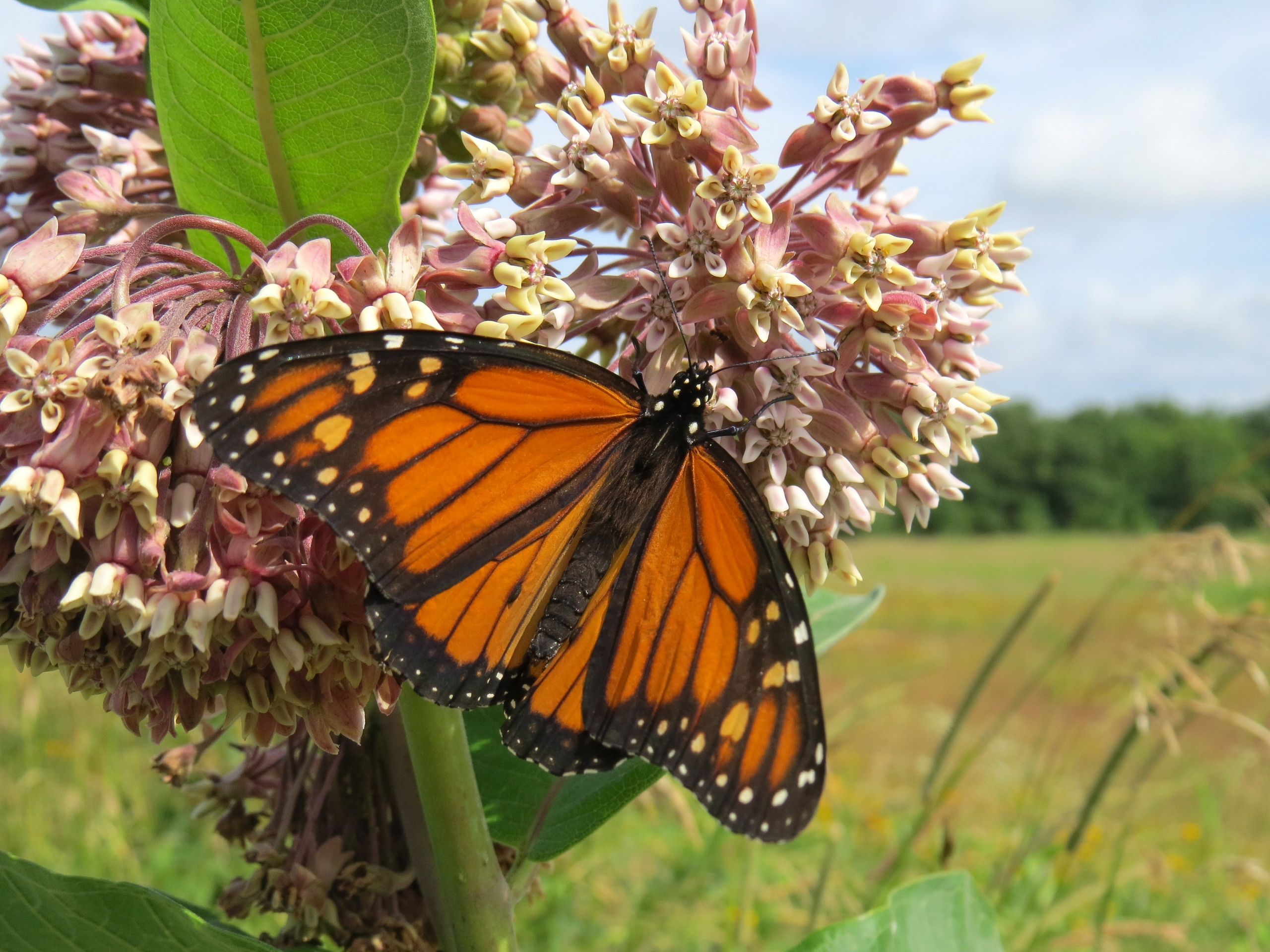 Most people are at least somewhat familiar with the migration of Monarch butterflies. From as far north as Canada, millions of tiny travelers make the journey over 3,000 miles to southern Mexico. Scientists are not exactly sure how Monarchs know where to go, but researchers have made some important discoveries as recently as 2019. Raising butterflies is a fun family activity that can teach lessons about life cycles, but we now know this could hinder the migration capabilities of the insects we’re trying to help.

Researchers at the University of Chicago studied the differences between wild-caught and hand-raised Monarchs and found some interesting results. Namely, hand-raised butterflies had a harder time orienting themselves the correct direction to migrate, and were far less likely to migrate successfully. Scientists even noted physical difference between the two groups. Part of the difference in migratory prowess could be explained by where the butterflies were reared. Butterflies that spent the entirety of their life-cycle outside were much more likely to find their way south—scientists theorize this has to do with butterflies using the position of the sun as a compass. If you’re planning on raising Monarchs at home in the future, the official recommendation is now to keep them outside as much as possible.

Butterflies are just one of the many insects which make a pilgrimage. These migratory events are often so large they can even be caught on weather radar. Carpenter contributed to ongoing study of these migrations by participating in Monarch tagging at the end of August. Similar to bird banding, these tags allow researchers to track the movements of individuals—in this case, whether migrants from our area make the entire journey down to Mexico and are re-captured. If you’d like to learn more about Monarch tagging, check out the Monarch Watch website here. With CNC’s newly operational MOTUS tower, we may have even more opportunities to study these migrations down the line. For now, let’s all wish our travelers clear skies on their long journey south.