The American Woodcock is one of several ground-nesting bird species that call the Wisconsin campus home. They are similar in size to a robin with russet or brown-mottled plumage. This plumage acts as near perfect camouflage, hiding them among the prairie grass and shrubbery. Woodcocks also have a very endearing bill which almost seems too long for their body. They will use this bill to probe rich topsoil for worms. Earthworms make up 60 percent of the woodcock’s diet providing a meal high in fat and protein. The woodcock’s eyes are also a defining feature. They are set back and high on the woodcock’s head. It is thought that this allows them to see above them and on all sides, avoiding predation. 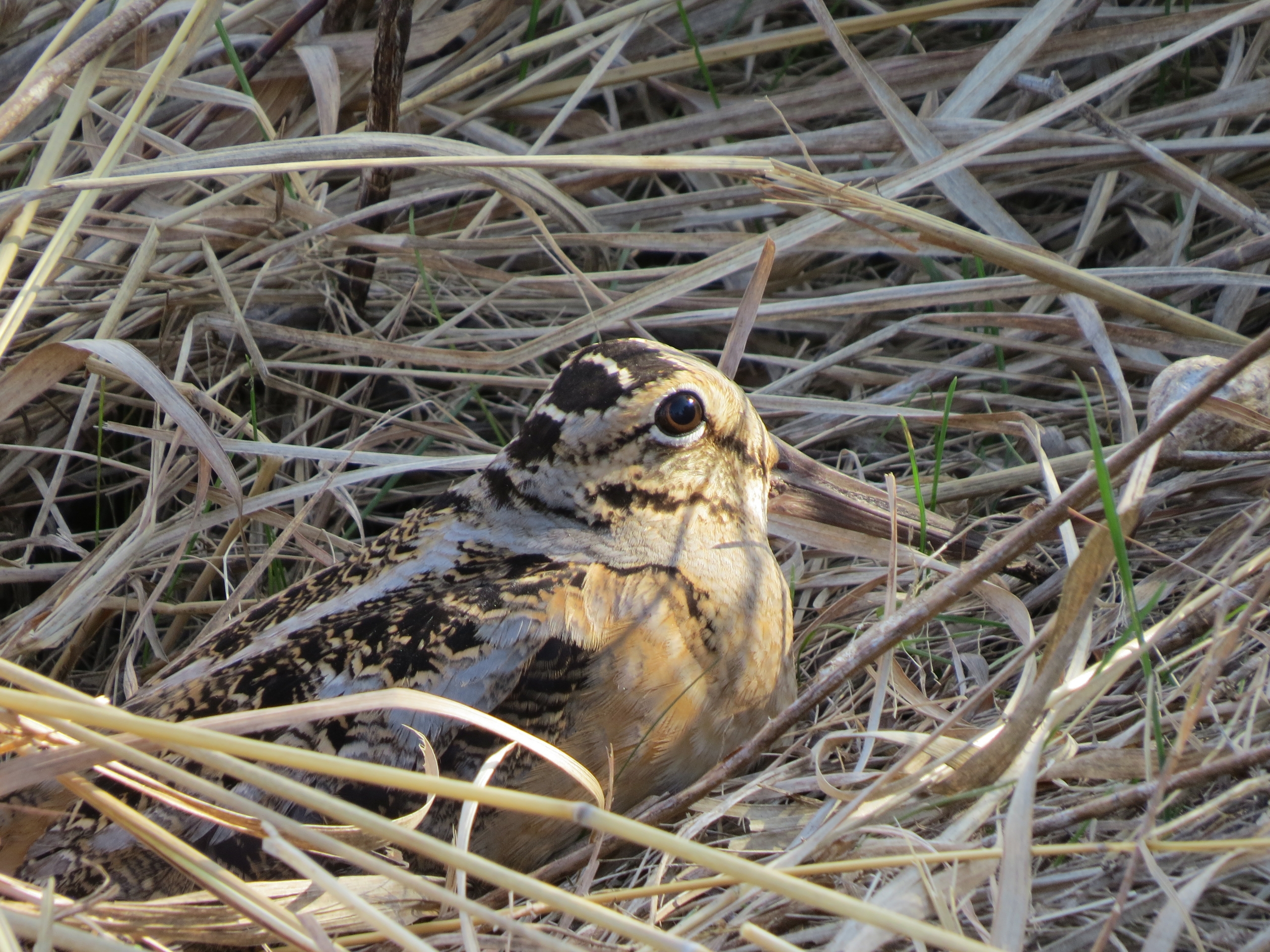 Woodcocks are migratory birds that spend the colder months in the southern United States. Forming loose groups called “flights” or flying solo, woodcocks will make their way north arriving in Wisconsin in mid-March to early April.  Once in their breeding grounds, males will establish their territory known as a “singing ground”. Woodcocks will display to attract females in what is known as a “sky dance”.

The sky dance has been romanticized by many writers including Aldo Leopold. In the chapter titled “Sky Dance” of his novel A Sand County Almanac, Leopold describes catching the nightly show:

“He flies in low from some neighboring thicket, alights on the bare moss, and at once begins the overture: a series of queer throaty peents spaced about two seconds apart, and sounding much like a summer call of the nighthawk. Suddenly the peenting ceases and the bird flutters skyward in a series of wide spirals, emitting a musical twitter. Up and up he goes, the spirals steeper and smaller, the twittering louder and louder, until the performer is only a speck in the sky. Then without warning he tumbles like a crippled plane, giving voice in a soft liquid warble that a March bluebird might envy. At a few feet from the ground he levels off and returns to his peenting ground, usually to the exact spot where the performance began and there resumes his peenting”.

Woodcocks are mostly active just before dusk and dawn when temperatures are above freezing, and winds are calm. Catching this sky dance can be tricky, show up to late and you may scare them off. If you do find the right spot, in the dim twilight it is more likely you will hear the sky dance rather than see it.  Ascending to 200 or 300 feet, you can hear his distinct twitter as air passes through his wingtips. 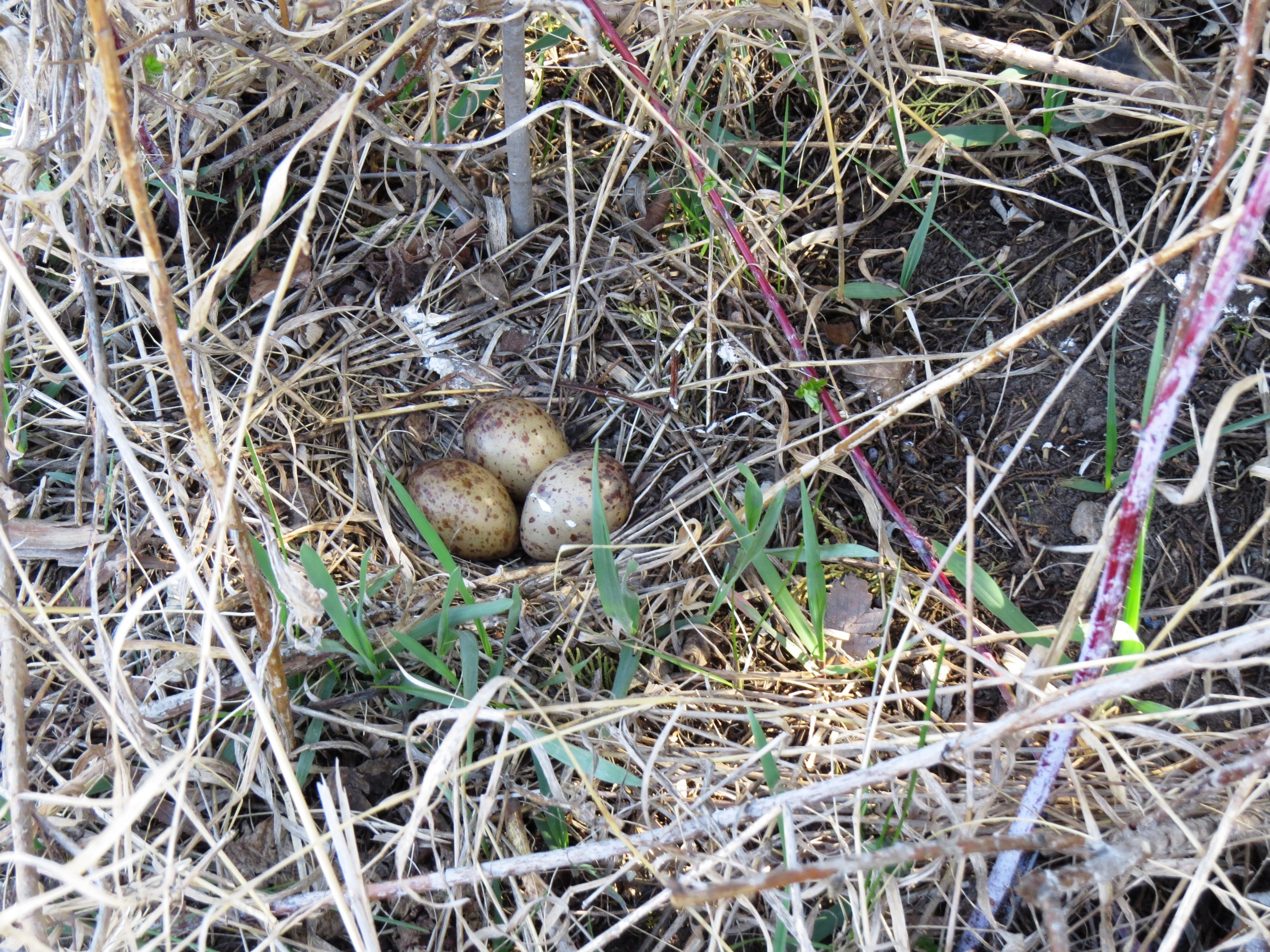 If you find yourself on an early morning or evening stroll, keep your ears perked for the nasal peenting of the woodcock. Be patient and you may be able to catch a sky dance.

Good luck to the Youth Birders of tomorrow’s Safe-at-Home Youth Birding Competition. Maybe some of these young birders will be able to add the American Woodcock to their lists!

Leave No Trace Principle 2: Travel and Camp on Durable Surfaces
Scroll to top